Can you believe that Pokémon has been around for twenty five years already?! What did anyone do in the twenty five years before that?! We’re just kidding, but it’s no far stretch to say that Pokémon is a huge and meaningful part to so many of our lives, intertwined with some nostalgia, a little bit of escapism, and just some pure adorable fun!

When the first Pokémon video game was released by Nintendo as ‘Pocket Monsters Red and Green’ in Japan on February 27th, 1996, little did anyone realize that the seed planted by this game would be the very beginning of what was soon to become one of the most popular video game, anime, manga, and merchandise behemoths in the entire world! And not only is Pokémon just successful, it’s a truly beloved part of many people’s lives all around the world that has proven to bring joy and entertainment throughout the full twenty five years and isn’t showing any signs of slowing down!

That’s why throughout this year of 2021 there are a wide variety of Pokémon related exhibitions and events worldwide to allow fans to fully celebrate this quarter century anniversary of their favorite series! The official name of the yearlong event is coined as, aptly enough, Pokémon25.

Some of the special surprises to commemorate twenty five years of Pokémon are less geographically exclusive than others. For instance, Katy Perry along with a slew of other famous artists have released songs in celebration of the series that will be compiled onto a special album to be released later in the year entitled P25 Music. In Katy Perry’s music video for her contribution song named ‘Electric’, a CG Pikachu accompanies her and makes for a very fun and memorable viewing experience. Anyone can watch and listen to it now below!

The Pokémon Colors exhibit is, as you may have guessed, an experience that envelops you in the bright and vivid colors of these hundreds of characters plus their surrounding world. The event is interactive and takes place inside the Matsuya Ginza department store in central Tokyo, before packing up shop and heading on a nationwide tour.

With a focus on art and interacting with Pokémon in an abstract fashion, it’s almost like a museum that you get to be a part of. The exhibit will include a pared down version of a Pokémon Center shop that will allow visitors to take home their favorite merch!

One of the exhibits is called Colors City, in which each time a visitor throws a ball at a screen, a Pokémon will appear, and the cityscape becomes more and more vivid and full of color as you help more Pokémon to appear!

Another sought after portion of the exhibit is titled Colors Road, in which you hop on a stationary bicycle situated in front of a screen, and as you follow the ‘road’ on the screen you simply squeeze the bike’s handlebars each time you see a Pokémon appear, and the colors on the screen will become more vividly beautiful as you continue on your way!

Never lacking in imagination and creativity, the team behind Pokémon has another trick up its sleeve to celebrate 25 years of Pokémon. Called the Pokémon Fossil Museum, this exhibit is particularly suited to tourists as it is expected to travel around to different museums throughout Japan all the way into 2023.

The exhibit will be a fun and educational walk through sets of real dinosaur fossils mixed with comparisons to the Fossil Pokémon, those that in certain games of the franchise can be brought back to life under certain conditions. It’s a fantastically well crafted way to explore paleontology while connecting it to one of our favorite series! If you take a visit to this exhibit, let us know what you think in the comments! There’s even a special ‘Excavation Pikachu’ to help guide visitors through the different areas of the exhibit! 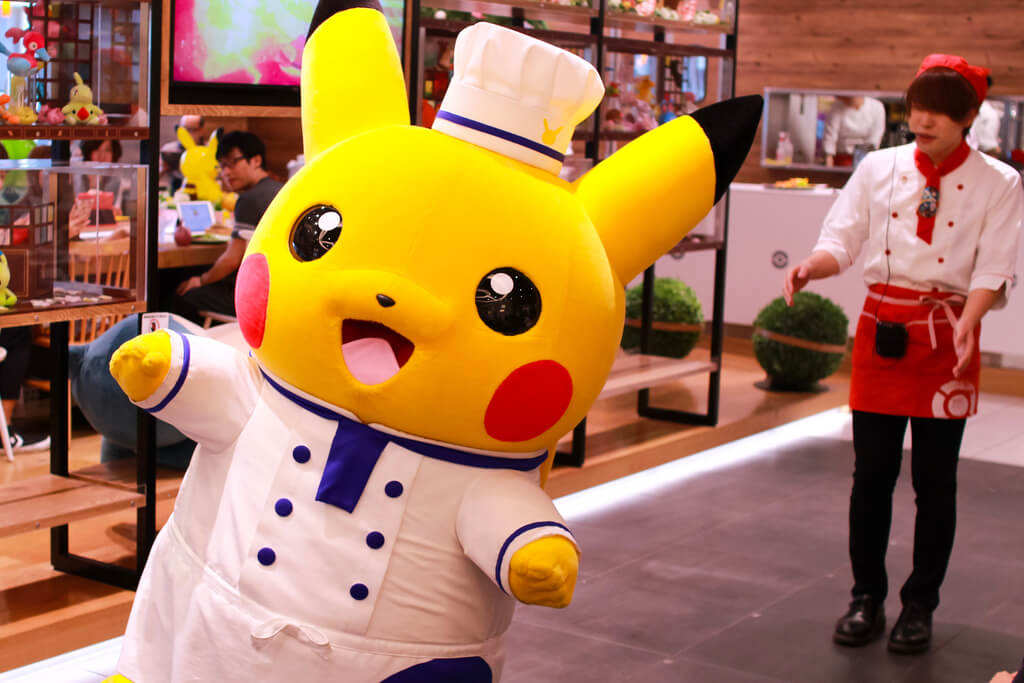 Beyond just 2021 for the official 25th celebration of Pokémon, there are a whole slew of cultural moments and touchpoints throughout the past 25 years that have built the foundation for the series’ continued success as the years go on. Some of these categories include Pokémon fashion, Poké-inspired food, Pokémon Go, special characteristics of the characters themselves, and even memes that have kept the fanbases’s love of this awesome franchise going!

A list of Pokémon inspired fashion would be incomplete without mentioning Original Stitch. This Japanese brand has made a name for itself by offering very stylish and wearable Pokémon designs on all types of button-up and polo shirts. The perk though, is that these designs can be customized by none other than you! You choose your favorite Pokémon, choose amongst the designs offered, then pick a favorite color and shirt type, et voila! You’ve got your own original Pokémon wear ready to go! It’s hard to resist the contemporary yet everyday charm of this brand’s offerings.

The classic meme known as ‘Shocked Pikachu’ was first uploaded as a reaction to a post on Tumblr on September 26th, 2018 and was taken from Season 1, Episode 10: “Bulbasaur and the Hidden Village”. Since it was first posted, the image quickly gained popularity as a comical way to feign surprise at a predictable or mundane event.

Whether this meme was created organically by a fan or was a stealthy marketing campaign, Wired actually has a whole article examining the rise in popularity of the image, which happened at the same time as the release of the Detective Pikachu movie. We’re just here for the wholesome Pikachu images, but make of it what you will. In fact, the meme is so well known people no longer have to post the image, they can just reply in a comment with *shocked Pikachu face*, and everyone gets it. Well done, Pikachu!

Let’s take a look at some of the wacky and wonderful edible Pokémon delights out there. You might be surprised just how Pokémon your diet can be! Mister Donut is all over Japan and the go-to place for affordable, delicious donuts. They often collaborate with big brands and even famous patissiers to create gorgeous limited-edition collections. In 2019, they joined forces with Pokémon to create this adorable selection of donuts, including, of course, their famous mochi donuts. There was even a spherical Poké Ball donut filled with whipped cream and coated in a shiny strawberry-flavored glaze.

Even though this collection is no longer available, not to worry, it’s actually one of many collaborations between Pokémon x Mister Donut. So some version of adorable donuts featuring your favorite characters are likely to come around again soon! 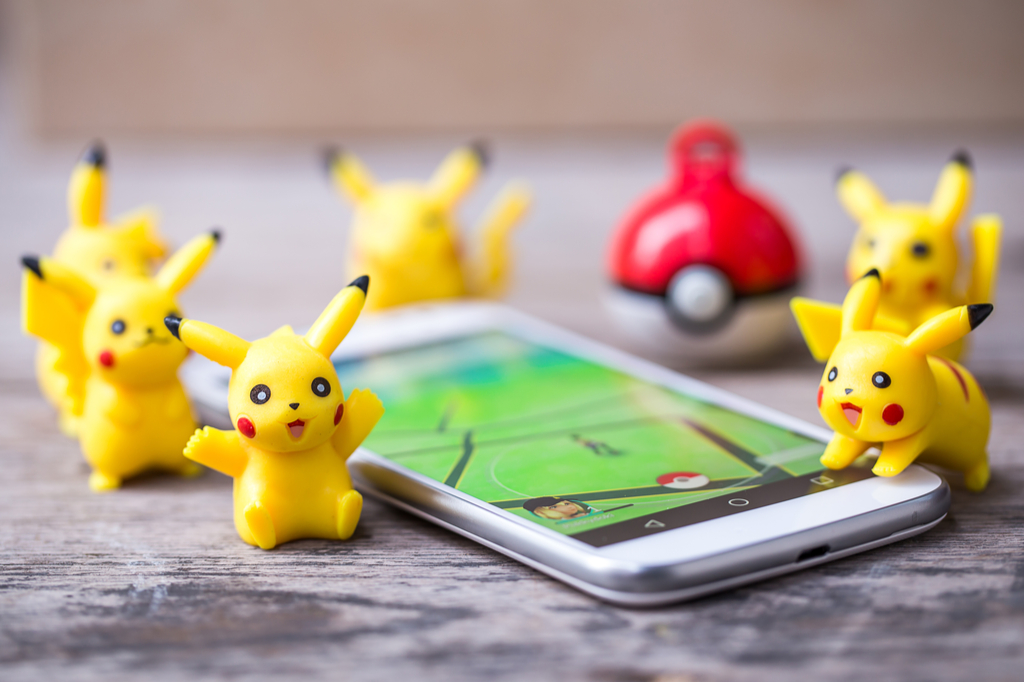 The draw that keeps people enamored and coming back to play Pokémon Go throughout the past few years is the fact that you can collect all sorts of lovable Pokémon characters. There are a few characters that seem to pop up anywhere you go in the world. But the biggest excitement is when you have a certain handful of Pokémon in mind, your absolute faves. Some of the favorite Pokémon tend to be a bit rare, so you may have to do some research and quite possibly take a short trip here and there, discover some new places along the way, and then finally battle to capture your long sought after Pokémon!

Some of the rarest characters in the game are also some of the most kawaii! The trio of Azelf, Mesprit, and Uxie, also known as the Lake Trio, are exceedingly rare and difficult to locate within the game. However, as cute as they may be, they have quite an interesting and regal backstory. Their names are inspired by the three Imperial Regalia of Japan. These are composed of a mirror that represents wisdom, a jewel signifying wisdom, and a sword symbolizing valor.

Which Starter Pokémon Should You Choose?

To wrap up, we have the first question you may have ever asked yourself as you began your journey to become a Pokémon master! And this question has a long lasting effect, as the starter Pokémon is your go-to partner as you battle and trek your way through the Pokémon world and meet new friends within the game. As a gamer, you’ll need to choose a Pokémon who suits your own personality and gaming style well. Surely, it may be best to avoid selecting a Poké-partner who is difficult to tame or who is too aggressive for your style, and instead choosing one who is mostly skilled at technique and fast surprise attacks. But also on the other hand though, if you are ready to power through the game and not willing to play second fiddle to anyone, then a Pokémon who has higher strengths, stronger attacks, and a skilled agility when it moves around on the battlefield is the kind of battle partner that you should seek. Let us know in the comments who your starter Pokémon was, and if they've gone through different stages of evolution!

The World Can’t Get Enough of Pokémon!

All in all, we’re so happy that 2021 has been devoted to the celebration of one of the most loved series of all times! We hope you take some time this year to think about who your favorite characters are and how you can celebrate too throughout the year. And be sure to test your Pokémon knowledge to see what other aspects of the franchise you might have a chance to learn even more about!

Let us know in the comments what your favorite Poké-moments are, and what you’d love to see from Pokémon in the future! Best of luck on your journey to be a Pokémon master!

When the 2020’s Sonic the Hedgehog movie trailer came out last year, fans were disappointed with its over-realistic Sonic design. They spoke out so vehemently that the animation team redesigned our beloved blue hedgehog (and removed his horrible human teeth). Thankfully, after the improvements, it was a delight to see Sonic come alive on the…