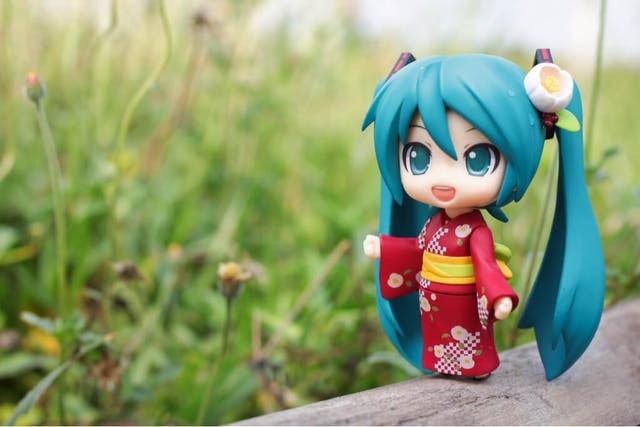 It’s so much fun to play a good video game, but it’s even more fun when the characters are cute, too! If you are a fan of cute video game characters, and are wondering which Sega game to play next, then look no further. These top ten adorable characters from the Sega universe will help you decide.

Chao have a rounded, child-like appearance, with big, bobbly heads and big eyes. These little blobs usually play like virtual pets, which you can care for and cuddle. They thrive on being held and petted. Their bodies look so soft and squishy, they make you wish you could hug them in real life.

Unfortunately, these cuties are not playable characters in any of the main games, but they are definitely the cutest characters from the Sonic the Hedgehog games. In particular, the Chao called Cheese, with its little bow tie, might just be the cutest video game character of all time (and one of the cutest Nintendo characters)!

Do you love cute Japanese characters whether it's Sega or Nintendo? YumeTwins sends adorable character goods straight from Japan right to you!

Amy Rose is the Sonic series’ equivalent of Super Mario’s Princess Peach. As the title character’s self-proclaimed girlfriend, Amy is more than a little obsessed with Sonic. Despite her infatuation, she has a pure heart, and her design is one of the cutest of the series, with soft pink fur and big eyes.

But don’t let her cute appearance fool you. She is often a part of the Sonic team thanks to her skills with her equally cute hammer, taking on Dr. Eggman just like the others.

Nightopians are the fairy-like inhabitants of the Night Dimension. They look like chubby babies, with round, bald heads, and big eyes. An addition of wings and angelic halos just makes them more adorable.

Nightopians aren’t just one of the cutest Sega characters, they’re one of the cutest fictional characters ever, perhaps even challenging the supreme cuteness of Baby Yoda. As the precursor to the Chao from the Sonic the Hedgehog series, it’s no wonder their design is so cute.

Rouge is a world-famous treasure hunter, and the most seductive bat you’ll ever see. Her anthropomorphic design includes a skintight black bodysuit with a pink heart breastplate, and white boots tipped with even more pink hearts.

She was originally created to help Dr. Eggman, along with Shadow the Hedgehog, and became a master jewel thief. She may not be the most well-known Sonic character, but she is a very cute Sega character. As a former jewel thief, if you’re not careful she’ll steal your heart!

Ecco is a kindhearted bottlenose dolphin who defends the Earth from extraterrestrial enemies. Unlike the anthropomorphized animal designs of the Sonic series, Ecco’s dolphin design is hyper-realistic. However, if you find dolphins as cute as we do, then you’ll love this series too.

Tails is probably the third most well-known Sonic character behind Dr. Eggman and Sonic himself. He is Sonic the Hedgehog’s best friend and sidekick. He first appears alongside Sonic in Sonic the Hedgehog 2, and all subsequent Sonic games, including Sonic Heroes and Sonic Riders. In other words, he’s been helping Sonic with the chaos emeralds longer than anyone else.

This two-tailed fox is often considered cuter than the title character, thanks to his fluffy coat and kind personality. Miles’ design is based on the Japanese fox spirit kitsune, just like some other popular (and cute) characters — the cute fire-type Pokemon Vulpix and Ninetails. Hopefully he’ll join Sonic in Super Smash Bros. too!

Hatsune Miku stands out from the rest of the video game characters on this list. Miku began as a virtual idol based on a Vocaloid software voicebank. She didn’t become the cute Sega character on this list until the game series: Hatsune Miku: Project DIVA.

Although Hatsune Miku is owned by Crypton Future Media, the character has now become one of SEGA's main mascots in Japan. Fans love her adorable character design, which is meant to look like, "an android diva in the near-future world where songs are lost." With icy blue twin pigtails, a sweet smile, and her signature robotic, yet mesmerizing, voice, this idol is sure to enchant you.

Cream joins Sonic on his adventures starting with the game Sonic Advance 2.  She is a young anthropomorphic rabbit, with huge floppy ears, which she can use to fly. Her sweet personality makes her especially popular with the equally cute Chao.

Cheese the Chao is her sidekick, and together, the duo is called Cream Cheese. How cute is that? Due to Cream’s kind nature, Cheese usually attacks for her in the games.

Sakura Shinguji is the main character of the Sakura wars series. She wears traditional Japanese clothing, including a light pink kimono and red hakama. She is clumsy and kind, with a strong sense of justice that makes her fight for what she believes in.

This feisty badger grew up in the wilderness, so she doesn’t have experience with making friends. That doesn’t stop her from befriending Sonic and his team as she helps them with their battles.

She was introduced in the Sonic Boom series, but quickly proved herself a valuable member of the team, with her cynical comments and intelligent insights. Her badger design is as wild as her nature but still manages to look cute and fluffy.

What do you think? Were there any Sega favorites we missed? Let us know in the comments!