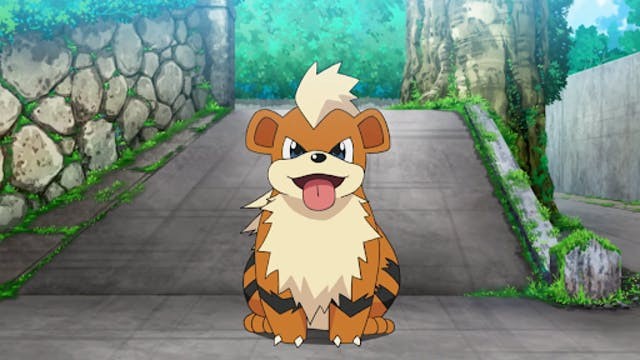 When it comes to cute Pokemon, bouncing Pikachu, beautiful Eevee, and yawning Snorlax are probably some of the first to spring to mind.

With big eyes, sweet smiles, and a certain squeezable je ne sais quoi, these Pokemon hold a special place in our hearts by virtue of being cute and cuddly, and more similar to real life pets than wild and dangerous animals. For these reasons, fire type Pokemon aren’t traditionally thought of as cute, but as powerful and fierce. Indeed, fire types have some of the strongest special attacks of any type of Pokémon. Strong against bug, grass, ice, and steel type Pokemon, fire type Pokémon also provide tactical players with an all-important, and rare, resistance to fairy types.

But for those of us more interested in aesthetics than attack and defense, there’s plenty of good reasons to keep some fire-breathing fellows on the side, too. In real life, these creatures might come across as more combustible than cute, but thanks to Nintendo’s deft design work, they’re also pretty easy on the eye. Just for you, we combed through the Pokédex for all the cute fire type Pokemon we could find. Here’s our final list of the top 10 cutest fire type Pokémon around!

Given the importance of designing endearing starter Pokémon, it won’t come as a surprise that many of the cutest fire type Pokemons are starters. Tepig is a perfect example of this trend, a fire type starter first introduced in Generation V. Clearly modeled after a pig, Tepig has big oval eyes, a curly tail topped off with a pink ball, and a yellow-striped snout ending in a cute pink nose. Despite its cute appearance, Tepig can also pack some serious punch. Like all fire type starters, Tepig boasts the Blaze ability, which powers up fire type moves when the Pokemon’s health is low. Prior to the most recent generation, Tepig also had a signature move called Heat Crash amongst its many fire type attacks, where it blows fire from its snout and sheaths its entire body in flames before launching itself at a target. Cute and dangerous!

Is there anything cuter than a baby bird? Another starter Pokémon, Torchic was first introduced in generation III. This tiny chick has small, stubby wings, a short beak, and three feathers sticking straight up on its head. Like many other fire type Pokémon, Torchic has the ability to produce fire at will, in this case through a flame sac in its belly. This fire makes it able to shoot fireballs of up to 1,800 °F or 1,000 °C at its enemies—but even better, it makes Torchic especially cozy to hug, not unlike a potentially lethal hot-water bottle.

YumeTwins is a monthly subscription box filled with cute plushies that will be sure to warm your heart!

Litleo is a dual normal and fire type Pokémon first introduced in Generation VI. Despite being a relatively recent addition to the games, this adorable lion cub has fast become a fan favorite thanks to its playful, curious demeanor and big, puppy-dog eyes. As its name might suggest, Litleo is also a hot-blooded little creature. Luckily, while it’s quick to start fights, its combination of normal and fire type attacks makes it equally quick to finish them!

This simian Pokemon was first introduced in Generation IV, a starter Pokémon in Pokemon Diamond, Pearl, and Platinum. Chimchar is a Pokémon resembling a monkey, with a mischievous expression and a flame-like swirl of fur on its head. As a fire type Pokémon, Chimchar’s tail consists of flames made from the gas burning in its belly. Unlike many fire types, Chimchar has full control over these flames, which tend to dim when it’s feeling unwell and extinguish entirely when it goes to sleep.

This adorable rabbit-like Pokémon made its debut as a starter Pokémon in Pokémon Sword and Shield, quickly becoming a new fan favorite! It’s not hard to see why: with its cheerful expression, multicolored ears, and yellow bandage-like patch above its nose, Scorbunny looks almost like a hyperactive child. Be careful, though! While this Pokémon can seem strong, especially with its Ember and Flame Charge fire type attacks, like all fire types, Scorbunny is vulnerable to rock type moves.

Like many super-cute Pokémon, Fennekin seems to struggle somewhat with awkward proportions, only making it cuter. Another starter Pokémon, first introduced in Generation VI, Fennekin has a tiny, fox-like body and a larger head with a white muzzle, whisker-like facial fur, and a small, pointed nose. Similar to other fire types who vent heat through their fur, Fennekin expels hot air from its large ears, which are protected by tufts of orange-red fur.

Although fans have long debated whether its origins are feline or canine, thanks to its doggish behavior, Growlithe will always hold a special place in our hearts. Despite its tiger-striped body and an exotic quiff of fur, this first-generation Pokemon embodies the archetype of the loyal hound, bright-eyed and eager to help. It also has a supernatural sense of smell that not only helps it sniff out intruders, but also enables it to detect the emotions in others, making it the perfect furry friend.

The Eevolutions have long been a fixture of cute Pokémon plushies and merchandise, and Flareon is no exception. Flareon is a first-generation fire type Pokémon that can evolve from an Eevee. With its big, dark eyes, diamond-like ears, and bushy yellow and orange fur, it’s easy to imagine why this first-generation Pokémon makes for a popular plushie. There’s something undeniably huggable about Flareon, whose fluffy fur and Pomeranian mane release heat into the air as part of regulating its internal temperature, promising to keep you warm and cosy.

Cyndaquil is another fire starter, first introduced in Generation II. The Japanese name for this Pokémon, hinoarashi (firestorm) is a pun on the word for porcupine, yama-arashi, making clear the inspiration behind this creature’s design. Cyndaquil has a long snout, small eyes that often appear closed, and a spotted back that can erupt into spiky flames when it becomes angry or defensive. But the most endearing thing about this Pokémon is its extreme timidity, which inspires it to curl up in a ball whenever possible!

This first-generation classic has been ranked as one of the cutest Pokémon ever since its first appearance, and seven generations of Pokémon later, it’s still impossible to beat. This adorable fire type Pokémon bears a strong resemblance to a fox, with a reddish pelt and a light cream belly. Best of all, in a stroke of design genius, Vulpix’s luscious red tail splits into six separate curls, puffing up into the air behind it. The fur on its head, meanwhile, is similarly curled into three distinct locks, with a forelock draping down towards its big dark eyes. The effect of all this grooming is undeniably adorable, especially paired with Vulpix’s cute, curious nature.

It’s impossible to mention Vulpix without also mentioning its Alolan variety, adapted to the region’s cold, mountainous areas. Although also extremely cute, this Vulpix starts out as an ice type and later evolves into a dual ice and fairy type, while the original Vulpix remains pure fire throughout.