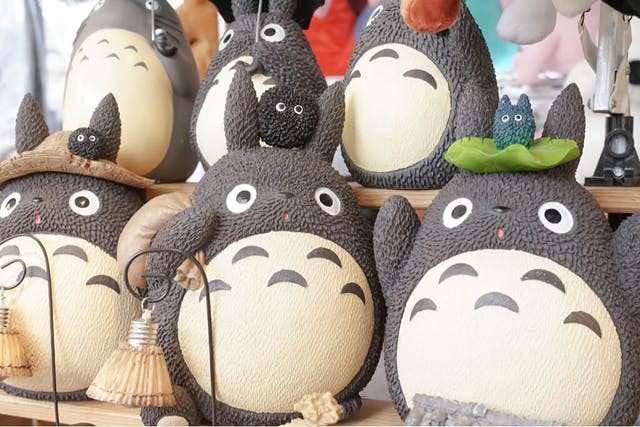 Studio Ghibli, founded by Hayao Miyazaki and Isao Takahata, has produced dozens of films and box office hits. Bringing and keeping anime in the mainstream, Studio Ghibli is so popular that it has its own Ghibli skincare items and a Totoro cafe.

It can be hard to choose the best when all of the studio’s films are so beloved. But now that the Ghibli films are all available for streaming on HBO Max, the first time they’re available on an American streaming service.

Whether you’re a first-timer trying to decide which Studio Ghibli film to start with, or you’re a longtime fan debating your favorites, check out our top 10 Studio Ghibli movies, ranked from amazing to absolute masterpiece.

Pom Poko is a poignant tragic comedy about a group of Japanese raccoon dogs, also called tanuki. While the film is one of Studio Ghibli’s strangest, based on the Japanese folklore about tanuki with shape-shifting scrotums, it simultaneously manages to be one of Ghibli’s most bittersweet. The tanuki‘s fight against humans trying to destroy their forest home conveys a powerful message about preserving the environment.

If you love Totoro plushies and other Studio Ghibli goods, you’re in luck! Yumetwins’ sends amazing kawaii merch and anime-themed items straight from Japan right to you!

The Tale Of The Princess Kaguya

The unique, hand-drawn animation of this film makes it a work of art all on its own. The story is based on one of the oldest Japanese fairy tales, The Tale of the Bamboo Cutter, where a bamboo cutter discovers a tiny girl inside a bamboo stalk. He takes in the girl, and she grows up to become a beautiful young woman, courted by many suitors, including the emperor himself.

Laputa: Castle In The Sky

A young girl, Sheeta, an orphan boy, Pazu, and a giant robot must stop the evil government agent Muska from taking over the floating island of Laputa. Castle in the Sky was Studio Ghibli’s first official film, a milestone of Ghibli history. It established many themes that the studio would continue to explore through its future films, such as love and war.

Many of those themes are summed up in this one inspirational Ghibli film quote: “No matter how many weapons you have, no matter how great your technology might be, the world cannot live without love.”

The Secret World of Arrietty

Directed by Hiromasa Yonebayashi, this film was inspired by The Borrowers, a book about tiny people who live in the walls of a normal home. They “borrow” items from their larger neighbors to survive, but must do so without ever being detected by the humans. That is, until Arriety befriends the human boy Shō. This film is all about the tiny details, from Arietty’s hairclip being made from a clothespin to her bedroom plant being a giant dandelion.

This film is a loose adaptation of the novel Howl’s Moving Castle by Diana Wynne Jones. The story follows Sophie, a girl transformed into an old woman by a witch’s curse. She then takes on a position as the housekeeper (or rather, moving castle keeper) of Howl, a powerful, narcissistic magician. While working alongside Howl’s crazy companions, she becomes involved in his efforts to stop a war between two countries.

Grave of the Fireflies

This World War II period film, directed by Isao Takahata, is one of Studio Ghibli’s most powerful and touching films. Despite being a Ghibli film, you probably shouldn’t show it to kids. That being said, it is a film everyone should watch at some point in their lives. The film is a tragic anti-war film, following the rare triumphs and overwhelming struggles two siblings face after losing their mother during an air raid and their father to war.

The 13-year old witch, Kiki, must learn to make her way in the world in this sweet coming-of-age story. As is the tradition for young witches, she must live alone in a new town for a year, accompanied only by her black cat, Jiji, one of the cutest Japanese characters ever.

After helping a baker, she finds accommodation at the bakery, where she starts a unique witch delivery service, flying goods around town by broomstick. The film’s cheerful score and beautiful imagery are sure to brighten anyone’s day.

This Ghibli film is much darker and more violent than Kiki’s Delivery Service, but with equally stunning visuals. Together, the cursed Prince Ashitaka and the wild Princess Mononoke must resolve the conflict between a forest full of spirits and human iron manufacturers. The film’s message still resounds strongly today: the need to find a balance between humanity and the environment.

In this Ghibli classic, a 10-year-old girl, Chihiro, is spirited away to a magical bathhouse, where she must work to free herself and her human-turned-pig parents. This beautiful story about confronting your fears and finding your identity is one many children and adults can relate to.

The film’s imagery draws from Japanese folklore, to create a fantastical world that rivals that of Alice in Wonderland. Beyond the whimsy, its deeper discussions of environmentalism and capitalism are also appreciated by an adult audience.

My Neighbor Totoro is a perfect film for children and adults alike. It captures the innocence and joy of childhood, while hinting at darker themes only more mature audience members will pick up on. When Satsuke and her younger sister Mei move into an old countryside home, they end up befriending the spirits in their new home, including the giant, cuddly Totoro.

Do you agree with our ranking? If not, where would you rank these Ghibli films?