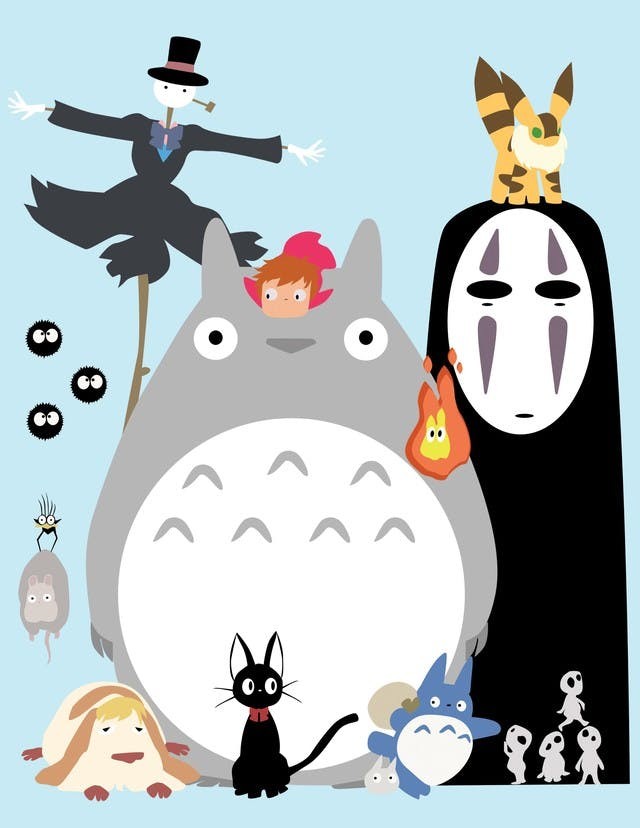 Studio Ghibli films are widely known all over the world. Primarily because they have a lot of unique and adorable characters, such as  Princess Mononoke, Totoro, Jiji, No-Face, etc. Every character has distinct appearances and personalities. You can find out which Ghibli Character suits your personality by taking YumeTwins quiz here: https://yumetwins.com/news/studio-ghibli-character-quiz!

3. “It's not really important what color your dress is. What matters is the heart inside.” — Kiki’s Delivery Service (1989)

4. “Life is suffering. It is hard. The world is cursed. But still, you find reasons to keep on living.” — Princess Mononoke (1997)

5. “Always believe in yourself. Do this and no matter where you are, you will have nothing to fear.” — The Cat Returns (2002)

8. “Whenever someone creates something with all of their heart, then that creation is given a soul” — The Cat Returns (2002)

9. “No matter how many weapons you have, no matter how great your technology might be, the world cannot live without love.” — Castle in the Sky (1986)

How were the quotes? Really inspiring, right? Whenever you feel down or depressed, be sure to remember the quotes above! Hopefully, they would lift you up to live and fight another day.

Don't forget that YumeTwins is having an Ultimate Ghibli Bonus Campaign! Get your Ghibli character bonus items by extending or upgrading your plans through this following link: https://yumetwins.com/promo/ghibli-bonus

If you are a fan of Ghibli Studio films, be sure not to miss the campaign!

YumeTwins' May 2021 Giveaway & Reviewer Contest Winners Announced! Hello, YumeTwins Family! Big thanks to everyone for participating in our May Giveaway. We have chosen 10 winners, are you excited to see if you’re one of the lucky ones? Let’s take a look at the list below: Walker E Rheane R Kim M Eva