Sailor Moon Aesthetic: 5 Reasons Why We Are Living for It 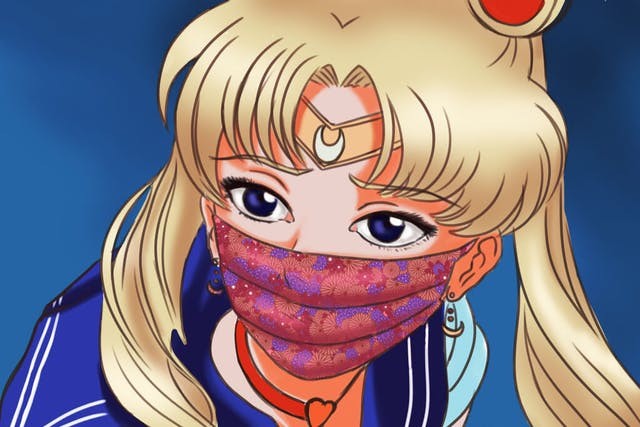 The Sailor Moon aesthetic is trending right now, and it’s everything. But pastels, sparkles, and cute sailor outfits are only a part of it. Here are five reasons why we love this aesthetic so much.

The #90sanimeaesthetic is trending and it's not hard to see why. From food to fashion, to home decor, 90’s anime immerses you in a dreamy world of detail. The character's unique designs are so different from anime today, with their sparkling eyes and strong shading. As anime of the time was all hand-drawn, with no digital effects, the 90’s “look” is something that newer shows just can’t quite replicate.

The aesthetic anime Sailor Moon does not disappoint either. As a shoujo anime (shoujo means 'girl' in Japanese), the show is filled with soft pastels and sparkles. Cute anime art inspired by Sailor Moon is everywhere online right now. Lovely Sailor Moon wallpapers are easily downloadable while anime gifs, TikToks, Tumblr edits, and even inspirational Sailor Moon quotes brighten our feeds on the daily.

2. Usagi Tsukino’s Outfits Were on Point

The mangaka also drew inspiration from the haute-couture of the time for her designs, including Dior, Yves Saint Laurent, Mugler, and more. Her characters’ looks remain an iconic staple of pop culture even today, with cosplayers re-creating them, and even daily wear, like that of the brand Rose Marie Seoir, inspired by them.

For those of us who grew up in the ’90s, looking back on old anime takes us back to our childhood. With everything going on in the world right now, it’s nice to remember those simpler times, when our only worries were homework and when the next episode of our favorite show would air.

For Sailor Moon fans, re-watching the show today brings back that nostalgia in full force. Fortunately, it’s easier to watch Sailor Moon now than ever before. From Sailor Moon to Sailor Moon Supers, and now Sailor Moon Eternal just released this month on Netflix, all the films and episodes of Sailor Moon are available at our fingertips. The positivity and feel-good nature of the show is sure to lift your heart.

4. Aesthetic Sailor Moon Merch is for Everyone

Although many of these exclusive Sailor Moon items are only available in Japan, YumeTwins has you covered! Every month we’ll send you amazing anime merch straight from Japan to your door.

Sailor Moon was one of the first magical girl anime to be aired in the West. It showed that action animations with female main characters also had a place in the commercial market, paving the way for more girl-centric shows like the Powerpuff Girls and Kim Possible.

Many strong women are shown as tomboyish, “as good as the men”, by becoming just as masculine as a man. But Sailor Moon’s Usagi Tsukino showed girls everywhere that they can be strong, but still girly. She acts like a normal teenage girl, with crushes and cute outfits, and yet she is the leader of a team of fighters, regularly saving the world. Furthermore, as she grows stronger, her outfits also grow more beautiful, showing that femininity itself can also be a sign of strength.

Perhaps most empowering though, is that Sailor Moon isn’t just powerful, she is also vulnerable. She is clumsy, perceived as cowardly, and a self described “crybaby”. And yet these aren’t presented as flaws she needs to get rid of, but as part of who she is. She learns to accept these aspects of herself, and sometimes even uses them to her advantage. For example, that time when Usagi’s tears brought out the Legendary Silver Crystal to save Mamoru.

Find out which Sailor Moon character you are!

Be sure to tell us in the comments which Sailor Moon character you're most similar to!