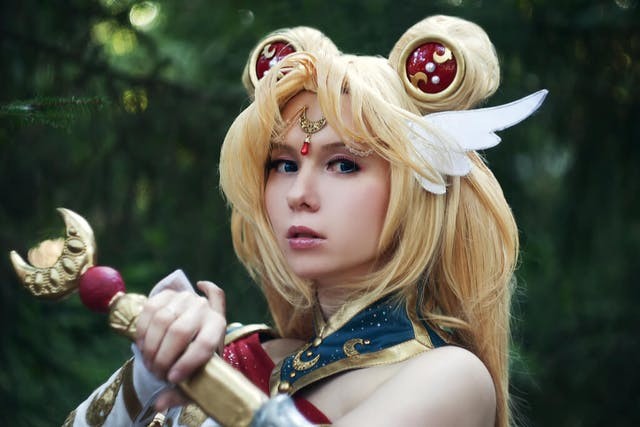 Netflix just premiered a two-part Sailor Moon film in June: Pretty Guardian Sailor Moon Eternal: The Movie. All the episodes and films are also available online, so if you haven’t seen the anime yet, now is the best time to watch it. And if you have, it’s an even better time to rewatch! So let’s take a look back at this iconic ‘90s anime.

Sailor Moon started as a shoujo manga by Naoko Takeuchi. In English, it was first translated as Pretty Soldier Sailor Moon, then as Pretty Guardian Sailor Moon. It was published from 1991 to 1997 as a serialized manga in the shōjo manga magazine Nakayoshi. After its release, the manga met an explosion of popularity in Japan. So much, that the manga was turned into an anime series in 1992 under the name Pretty Soldier Sailor Moon. The anime was dubbed and released in countries around the world including the US and Europe. In the US, the dubbed anime initially struggled, until a petition by fans brought it back. The reruns on Cartoon Network in 1998 became so popular, that eventually, Sailor Moon became a household name.

Always on the lookout for adorable Sailor Moon merch? YumeTwins' kawaii subscription box is full of the cutest collectables from Tokyo. Shipped straight to your door!

The anime is credited with revolutionizing the magical girl genre, by combining the powers of a magical girl with more serious storylines of fighting and romance. It also helped to popularize shoujo anime and manga outside of Japan, as one of the first girl-centric anime to go mainstream around the world.

If you’ve never seen the show before (or if you’d like a refresher) here is a quick summary:

An ordinary, kind-hearted high-school girl Usagi Tsukino meets the talking cat Luna, who reveals to her that she has another identity, Sailor Moon. During the first season, Usagi’s task is to find a magical artifact, the "Legendary Silver Crystal"  before the Dark Kingdom can get to it.

In her fight, she is joined by nine other Sailor Guardians: Sailor Mercury, Sailor Venus, Sailor Mars, Sailor Jupiter, Sailor Saturn, Sailor Uranus, Sailor Neptune, and Sailor Pluto, as well as Sailor Chibi Moon and Tuxedo Mask. Together, they go on to save the Solar System from all kinds of enemies over the show’s 5 seasons.

According to the theme song, in addition to “fighting evil by moonlight,” the girls are “winning love by daylight”. There are various love stories throughout the season, but the main romance is between Usagi and Mamoru, the alternate identity of Tuxedo Mask. The show is a fun blend of action, romance, and friendship, which makes it worth watching no matter your age!

You may have seen the show, but did you catch these hidden details? The mangaka put a lot of thought into everything from the characters’ names to their blood types. Warning, spoilers ahead!

Sailor Moon’s name Usagi Tsukino translates to rabbit of the moon. Her character design, with pigtails, is even reminiscent of a rabbit.  Why rabbits? Well, an East Asian legend says that a rabbit lives on the moon. With some imagination, you can actually make out the shape of a rabbit made out of the dark craters on the moon’s surface.

Another detail you might not have noticed is Usagi’s blood type, which is type O. This makes her a universal donor, whose blood can match with anyone’s, in keeping with her kind and generous personality.

Finally, Usagi is the reborn Princess Serenity of the Moon Kingdom, while her lover Mamoru, is the reborn Prince Endymion, the crown prince of planet Earth. Princess Serenity and Prince Endymion were also lovers, before their rebirth into the era of the ’90s as Usagi and Mamoru. The mangaka Naoko Takeuchi was doubtless inspired by an actual Greek myth: the love story between a shepherd named Endymion and the Goddess of the Moon Selene.

Why is Sailor Moon So Popular?

If you grew up in the ’90s, Sailor Moon was everywhere. But why was the show so popular?

Well, Sailor Moon was very different from other female superheroes, like Wonder Woman. Usagi Tsukino is far from your perfect heroine: she is clumsy, sometimes cowardly, and doesn’t always do well in school. But it's these flaws that make her all the more relatable, especially to students facing the same struggles as her (even if they don’t have to save the Solar System while they’re at it).