Shonen vs Shoujo: What’s the Difference? 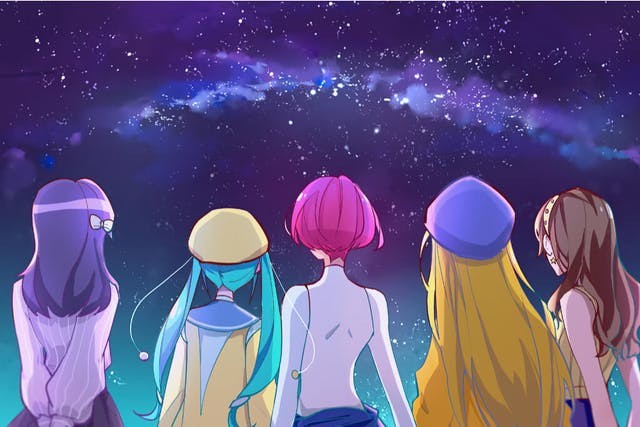 The differences between various types of anime and manga series can be overwhelming for new fans. There seems to be a new series coming out every other month but many fans swear you need to watch the classics in order to truly get the medium.

What does Shoujo and Shonen mean?

Shoujo and shonen are both Japanese terms commonly used as categories for entertainment media. Shoujo refers to young girls, often "magical girls" like Sailor Moon, and shonen respectively means young boys from about 12-18 years old. Many of the most popular anime in the world fall into either of these two categories. Although they’re both aimed at young boys and girls they have a lot of differences between them.

The first difference between the two is their intended target audiences. Shoujo anime is often marketed to young girls and shonen anime is often marketed to young boys. That’s not to say either gender can’t enjoy both equally. Shoujo and shonen anime are equally popular among boys and girls. However, the target audience does affect everything else from the themes, art styles, and even how words are translated from Japanese.

Can't get enough of your favorite Shoujo stars?! YumeTwins is bringing you the cutest Shoujo merch straight from Tokyo to your door every month!

The second thing people notice is the protagonists of each genre. Shoujo anime of course features a large number of female protagonists. While shonen often has a large number of male protagonists. In shoujo anime, the female hero is a young girl usually in high school who has a reputation for being too shy or too bossy. In shonen anime, the male hero is a young boy as well who has a reputation for being weak or a troublesome delinquent.

The themes of Shoujo and Shonen

Many young girls dream about being a part of the cool girls, getting their first boyfriend, or getting married and the themes of shoujo anime often reflect those desires. Some of the most popular anime like Kiss Him, Not Me, Say I Love You, and Ao Haru Ride have love centered as the main character’s ultimate desire. Even when love isn’t the ultimate goal it’s still a defining theme of the show. Popular series like Sailor Moon, Cardcaptor Sakura, and Yona of the Dawn have an action-heavy plot but there’s still an emphasis on romance throughout the show.

Shonen on the other hand is more action-focused so therefore the themes in the show are often about courage, strength, and being the best. The young male usually starts as kind of weak and incapable of doing much on their own but throughout the show, they become stronger and become one of the most powerful beings on their team. Romance might be present in the show but it isn’t the main focus of the show, and very little screen time will be devoted to romantic relationships. Dragon Ball, One Piece, and Attack on Titan are all popular shonen anime that focus on strength and courage but also have a bit of romance tossed in as well.

The art styles of Shoujo and Shonen

In shoujo anime, everything's meant to look pretty and cute. There’s often a lot of detail that goes into the character design and setting to really set the overall tone of the story. The female characters will often have large expressive eyes, you’ll often see many patterns with flowers or butterfly motifs throughout the series as well. The art lines are smoother and rounder to soften the characters too.

In shonen anime, the art design is much sharper. Characters no longer have large cute eyes, instead, they are small and dramatic. The backgrounds are often dark and the action lines are dramatic to emphasize the action on the screen as well. There might be a few cute characters in the show but overall, the characters are designed to be cool more than cute.

Fan service in Shoujo and Shonen

Fan service is material that’s put into the show intended to please the audience. We all love fan service even if you don’t know it, and both genres use fan service differently. Shonen anime has fan service that’s often more sexualized than shoujo anime. Usually, it involves something like beach episodes or bathhouse scenes. Shoujo anime is often more on the romantic side like seeing the main characters almost kiss or the male lead goes shirtless to tease the female lead.

Hopefully, this article will help you understand the key differences between shonen and shoujo anime a bit more. They’re both great and are enjoyed by people of all ages and genders. As you’re choosing the next series to watch use this as a guide to pick the best show according to your interest. If you're an anime fan already are there any other differences you've noticed between the two? Leave a comment below!