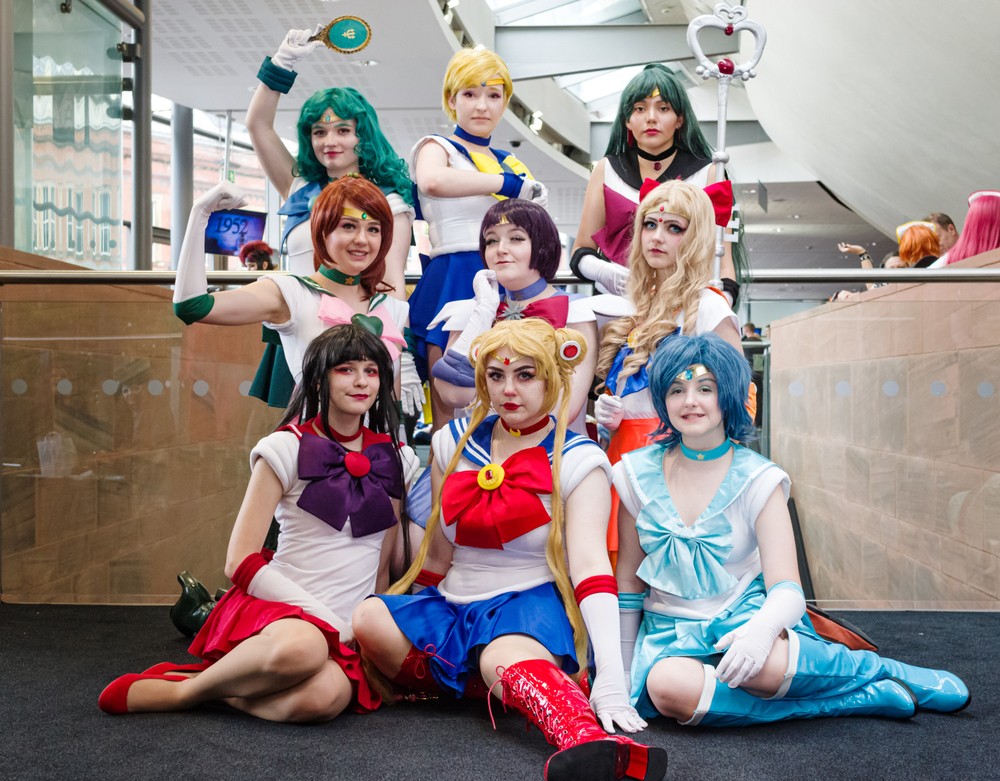 Magical girls (‘mahou shoujo’ in Japanese) have been gracing screens all over the world since the debut of Sally the Witch in the late 1960s. That’s almost 50 years of young female heroes with magical powers. With such a long legacy, the genre as a whole has shown off some amazing magical girl outfits over the years–some of which we would personally love to own!

Are you looking for cosplay inspiration, a costume party idea, or just want to check out some anime fashion? Check out our top five cutest magical girl outfits.

First, we have one of the most influential magical girl anime of all time. Sailor Moon herself graced Japanese viewers with her first TV appearance in 1992 and eventually became an international sensation. It seems like everyone knew the catchy opening tune and quickly came to recognize the show, whether they watched it directly or not.

One of the many reasons the show stood out was the style. Outside of school, Usagi and her friends wore plenty of clothes that were really stylish, even by today’s standards. These are great inspiration for everyday fashion-forward looks, but nothing beats Usagi’s most iconic outfit.

When Usagi becomes Sailor Moon, she dons a super cute modified version of a sailor outfit. This iconic magical girl outfit is what pops into everyone’s mind when they think of Sailor Moon or just magical girls in general. This particular outfit is not only popular for anime cosplayers, but also for costumers celebrating Halloween in Japan as an easily recognizable outfit. It also makes a great group costume thanks to the large number of Sailor Scouts to choose from.

Cardcaptor Sakura really changed the game when it came to magical girl outfits. While the main focus of the show is Sakura’s growth from young girl to powerful magic user, the fashion really took a good bit of the spotlight. Each episode, Sakura took on a new Clow Card, and with the help of her best friend Tomoyo, she also managed to be in a different outfit almost every episode as well.

The crazy thing is that these costumes weren’t part of transformations. They were all prepared in advance by Tomoyo for the sake of .

Many people love her episode two costume, but we really love her episode 4 outfit where she took on the ‘Rain’ and ‘Wood’ cards.This pink and white ensemble is not only adorable, but the white accented parts and overall shape make it look like something plucked from the future. The wings on the head also add a bit of magic to the outfit, making her look like the angel that she is.

Revolutionary Girl Utena is one of those anime that has earned its spot in the magical girl genre by being a classic that is full of symbolism, pushing societal norms, and just being very cool overall. It’s often compared to shows like Neon Genesis Evangelion just because of how similar they are in both style and depth.

This show also brought some amazing costume design to the magical girl world. The main characters Utena and Anthy both have costume designs that cosplayers love to recreate. Of course, Anthy’s ‘Rose Bride’ dress is iconic and absolutely unforgettable, but we love Utena’s ‘Black Duelist’ uniform just a little more.

To start, the long pink-haired Utena creates an tomboyish vibe by donning a boy’s uniform for a stylishly androgynous look. From a style standpoint, Utena’s black jacket is full of red and white embellishments that make it beautifully stand out, while the gold chain leading to a green stone adds a little bit of flair to Utena’s princely garb. The red shorts, short red socks, and cute black and white shoes tied with red ribbons are perfect for showing off her iconically long legs.

Puella Magi Madoka Magica (often shortened to Madoka Magica) may not have been the first, but it is definitely one of the most popular and influential “dark” magical girl anime out there. It manages to tell an amazing magical girl story while also turning genre tropes on its head while exploring the psychology of its characters.

However, despite its dark themes, Madoka Magica has a lot of cute characters and even cuter character outfits. Characters like Mami and Homura stand out in their own right with adorable costumes and cool personalities, but the titular Madoka really has the cutest transformation outfit of them all.

As a ray of sunshine in the show, Madoka’s outfit features a kawaii (cute) combination of pink, red, and white with plenty of ribbons and frills. It’s also very girly, contrasting some of the more tomboyish looks some of the other characters have. It’s also just a very cute take on the Japanese street fashion called lolita and really matches Madoka’s sweet personality.

Pretty Cure, also known as Pre Cure, is one of the longest franchises in the magical girl genre. Among all 17 seasons of the show (so far), there have been a lot of girls and even more outfits. Seasons like Pretty Cure A La Mode and Doki! Doki! Pretty Cure have some amazing outfits, but Go! Princess Pretty Cure features princess-inspired costumes that especially stand out.

Main protagonist Haruno Haruka has one of the most interesting designs of the show, but she loses out to one of her teammates. Kirara Amanogawa is the daughter of a famous model, and it shows in anything she wears. Her casual clothes in the show are a fashion vibe, but her ‘Cure Twinkle’ form shows viewers a powerful, regal magical girl. Complete with a super cute yellow, orange, white, and purple color scheme and a star motif, she really stands out as a true princess.

What did you think of our list? Are there any that we missed? Please let us know in the comments below!

Are you bored with rewatching Spirited Away or Castle in the Sky for the 10th time despite their magical charm? Or perhaps you’re finally ready to tackle some of the more adult works in Studio Ghibli’s film repertoire, but you’re not sure where to start? Then we have the list for you!  These films aren’