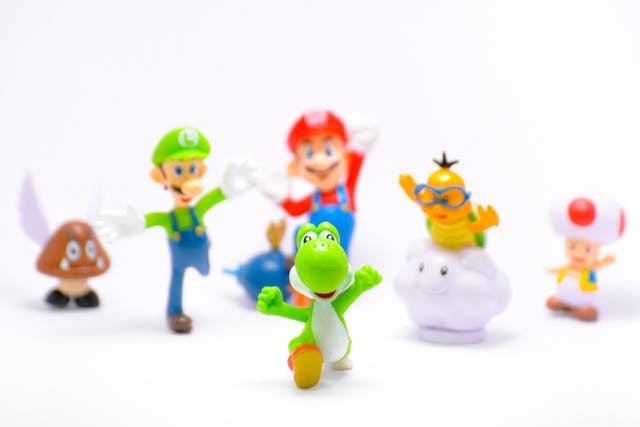 Throughout the years there have been many new characters introduced and even reintroduced by Nintendo in its beloved video games and franchises. Some are lovable, others are formidable, but plenty are just plain cute!

Depending on how much of a fan you are, you might be first in line to grab the just released newest edition of your favorite game series when a new title debuts in stores, or you might be more of the casual type who plays titles that stand out due to cool or kawaii looking characters, aesthetics, or even gameplay style. Whatever type of attributes gain your attention, one thing that unites gamers of all stripes is the fact that some characters are just plain memorable and play an outsized role in creating a brand image for their respective series.

What Makes a Character Likable?

Think about it though, it’s quite vital that a new video game’s characters be likeable, somewhat relatable, and cool as well. These are really positive & charming attributes, and they really help draw us into their imaginary worlds, creating a link with their fantastical storylines and making us want to get going and jump into the game’s story itself!

That’s right, even the villains may be charming and have some semblance of likability every now and then. This is just one of the facets that helps to keep players engaged while gaming. But, what would you say might be the number one attribute that really etches some of your favorite game sequences into a lifelong memory? Well, we would say that it’s all about the kawaii aesthetics for sure!

Just because a game’s characters are cute and bubbly doesn’t necessarily mean that the title itself is lacking in action or a deep storyline. And on the other hand, certain games more on the kawaii side are known for being relaxing as well, so more than anything it’s about finding what kind of storylines and gameplay that you like, and pairing that with characters that you are most interested in.

There's no need to go far for the best kawaii Japanese goods! YumeTwins sends them straight from Japan to your door each month!

Just ask Kirby, for instance! Pink and round Kirby is all about using as much energy as possible, never taking a break and continuing onward to get the job done! But you just gotta love this spherical and formidable Nintendo heavyweight! We think Kirby is a great contender for having some of the most outwardly kawaii aesthetics of all characters in the Nintendo roster!

This pink cutie even has an outsized personality to boot! Able to inhale all sorts of objects, taking on those objects’ powers, this awesome Nintendo mascot is a strong force to be reckoned with and a master of disguise. Nevertheless, this character is known for appearing with a seemingly cheerful demeanor and has inspired all categories of collectible merch for fans to enjoy!

An interesting piece of trivia to note about this aesthetically pleasing mascot is that some marketing teams in the US, for instance, have been concerned that Kirby may just be too cute, and have altered the artwork on game covers and promotional posters to make Kirby seem a little more aggressive in order to entice a wider audience.

Next on our list may just be the most well-loved Nintendo character worldwide! It’s none other than the lovable mouse-like electric-type Pokemon, Pikachu! With Pokemon master-in-training Ash Ketchum from the very beginning, fans have grown up with this bright yellow character, leaving no doubt that there is a lot of love and adoration for this character’s design!

Similar to Kirby, when the situation calls for it, this huggable Pokemon can really pack a punch! Due to its emotion-filled large eyes, an almost always positive & energetic demeanor, mixed with its trademark ears and tail, fans can’t seem to get enough of Pikachu!

Pikachu has undoubtedly cracked the magic formula needed to become a hit, as this character is one of the most popular Pokemon and the love shows no signs of stopping anytime soon! In Yokohama, Japan, just a quick train ride away from central Tokyo, there’s a yearly event that’s all about this master of aesthetics called Pikachu Outbreak. The event includes parades, light shows, and even a few appearances by another kawaii heavyweight, Eevee!

The Kawaii Goldmine That is Animal Crossing

Few game franchises could compete with the mecca of cuteness that Animal Crossing has become. With all sorts of customizable aspects to the game, how you play and who you interact with has an effect on exactly what kinds of characters you meet in the game. However, almost every single character could easily be considered kawaii, and meeting new characters is actually one of the biggest draws of the game itself!

Honestly, we couldn’t pick just one character to rank as having the most kawaii aesthetics of the franchise, as they truly all could take first place in one way or another. However, we think that it’s safe to pick Rosie as a representative as she has appeared in all Animal Crossing titles, is a cat (and who doesn’t like cats?), and has a very pleasant and friendly personality.

Pikmin are cute little plant-like characters that go about maneuvering through obstacles and catching items for the player as you journey through their namesake games. A hit on the Nintendo Gamecube particularly in the early 2000’s, Pikmin have made a name for themselves in the hearts of many a Nintendo fan, and this is due in no small part to their adorable and gentle nature and unique yet simple character design employing a plethora of bright colors. Originally designed by legendary Nintendo character designer Shigeru Miyamoto, the little Pikmin were destined to become a household name!

Last but certainly not least is none other than the quintessential Nintendo mascot, Yoshi! An always dependable partner to Mario, Yoshi is well-loved by fans and is one of the most recognizable Nintendo characters ever created! With a striking green color and big, adorable eyes, even at first glance it’s clear to see that Yoshi is a warm-hearted friend. Despite this, Yoshi also has super fast running skills, can swallow an enemy whole, and can eject an egg from its body to throw at competitors.

They’ve All Got That Something

The most kawaii characters within the Nintendo universe truly all have that certain something. Their various aesthetics serve to draw us in and help us to enjoy a pleasant time while playing our favorite video games. Who is your all-time favorite Nintendo character with kawaii aesthetics? Let us know your thoughts in the comments below!