5 Facts You Didn’t Know About Cinnamoroll 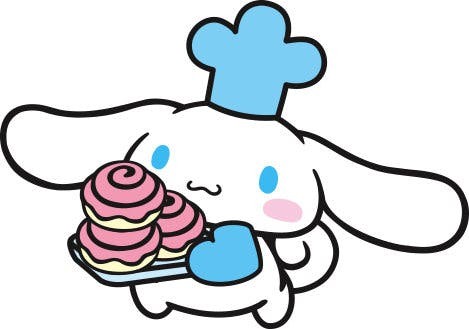 Cinnamoroll is a puppy.

Did you know this? Upon first glance, this adorable, big eared, blue eyed animal might look like a rabbit, but he is actually a puppy. He is not just any puppy, he is a flying puppy. His long white ears allow him to fly!

Cinnamoroll was not always his name.

Cinnamoroll is the name of the 2001 Sanrio character series designed by Miyuki Okumura. The main character that we all know and love, is actually often referred to as Cinnamon! But this is where things get confusing, when he was first created, his name was actually Baby Cinnamon but due to trade mark registration issues, his name was updated to Cinnamoroll. It seems though that because of the name change, he is sometimes referred to as Cinnamoroll or just plain Cinnamon. As of 2007 however, his official name is Cinnamoroll.

Can you guess who the most popular character is? None other than Hello Kitty!

There are Cinnamoroll themed cafes in Japan

Many characters have a temporary cafe at some point or another, but not Cinnamoroll, in recent years a permanent Cinnamoroll themed cafe opened up in Tokyo! This is actually his second cafe, the first location is in Kyoto. This cute cafe serves a variety of Cinnamoroll themed dishes, desserts, and drinks, and you can purchase Cinnamoroll merchandise at the cafe as well.

Cinnamoroll has appeared in various media

Cinnamoroll has quite a few media appearances from anime, to video games, manga, novels and books, and other appearances! This little guy even has his very own twitter account!

How many of these facts did you already know? Let us know in the comments if you learned something new!