Doraemon: The Cute Japanese Character That Stole Hearts Across the World 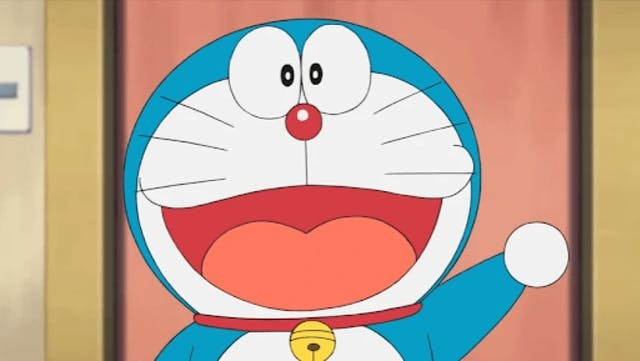 Since his debut in the original manga’s release back in 1969, the futuristic blue robotic cat Doraemon has been capturing the hearts of kids and adults alike.

For many of us who didn’t grow up in Japan, Doraemon was our first introduction to Japanese culture. We got to see what a typical home was like for these cartoon characters and what their life in Japan was like, albeit with a little bit of extra hijinx sprinkled in.

Before we dive into the extent of the cultural impact and international influence that the Doraemon series holds, it’s worth explaining who and what Doraemon is for those who never got to know him.

The creation of Doraemon

Doraemon was created by Fujiko Fujio, which — you might be surprised to know — is actually the pen name for a duo of manga artists, Hiroshi Fujimoto and Motoo Abiko. The original published form of Doraemon first appeared in 1969 through the monthly children’s magazine, Shogakukan. Since the intended audience leaned towards the younger side, the story was written with a light-hearted tone to make it appealing to children.

The idea for the Doraemon series didn’t come as a single stroke of genius, but instead, as three very unconnected things. Hiroshi Fujimoto was said to have found inspiration because he tripped over one of his daughter’s toys, heard cats fighting in his neighborhood, and was also hoping for a machine to help him come up with a new idea for a manga. Interestingly enough, he combined all three of these incidents and arrived at the idea for what would later become a very “kawaii” character.

After seeing the popularity of the original manga series, there was an initial attempt to jumpstart an anime series back in 1973. However, it wasn’t until 1979 — during the second attempt at creating Doraemon anime — that the hit show we know and love today would be born.

The story of Doraemon

The story of Doraemon begins with the duo of Doraemon and Nobita. Nobita Nobi is a bespectacled Japanese fifth-grader who is depicted as uncoordinated, lazy, and bad at school. One day, Doraemon, a robotic cat from the 22nd century, gets sent back to the past via a time machine with a mission of taking care of Nobita.

From here, we are introduced to the variety of cute Japanese characters that are a part of Nobita’s life. Since Nobita is an only child, his parents Nobisuke, a typical Japanese salaryman, and Tamako, his stay-at-home mother, are constants in his day-to-day life. Despite being quite a caring mother, Tamako often ends up being disappointed with Nobita’s laziness and has to scold or punish him for him to do anything. Meanwhile, Nobisuke is the more easy-going parent and is the one who finds himself mediating between his wife and his son.

Other kids from Nobita’s neighborhood frequently join in on his and Doraemon’s adventures. Shizuka is a smart and pretty girl that serves as both Nobita’s best friend and love interest. Gian and Suneo are two other kids that sometimes hang around Nobita. Gian is described as the “local bully who likes taking other kids’ stuff”, and Suneo, on the other hand, is a rich kid who likes to show off his brand new toys, which then results in some jealousy and rivalry from Nobita’s side.

To help Nobita deal with the trouble he gets himself into, Doraemon provides access to all sorts of fascinating gadgets from the future. Some of the most famous ones include the “Anywhere Door”, which allows its users to transport anywhere in the universe by just saying the word, and the Time Machine, the same futuristic device that Doraemon used to land in the past. These gadgets are part of what made the series so famous, and they’re also why so many kids who read the manga or saw the show wished they could have their own futuristic robotic cat.

The Legacy of Doraemon

Over five decades since the manga was first published, the legacy of Doraemon is still going strong. In 2013, the movie “Doraemon: Nobita's Secret Gadget Museum” was released, and it was a huge box office hit in Japan, reaching 3.98 billion yen and placing it as the 5th highest-grossing film in the country.

And thanks to its amusing story and light-hearted fun, Doraemon found itself an audience all over the world, with the anime series being available in over 30 different countries. An English version with accompanying English dubs was aired in North America, and in countries like Spain, China, and Korea, the show was also localized to appeal to their target audience.

In addition to being such a success all over the world, Doraemon also paved the way for other cute Japanese characters to make it onto the mainstream — characters such as Sanrio’s Little Twin Stars, an adorable pair of angel-like figures named Kiki and Lala, and Sumikkogurashi, a group of colorful animals that’s one of the newer kawaii characters that Japan has become obsessed with.

The story of Doraemon is one that anybody can enjoy. It’s been over 50 years since the original manga was first published, and Doraemon has proven himself not just as a unique and cute Japanese character, but also as an icon that transcends countries and generations.