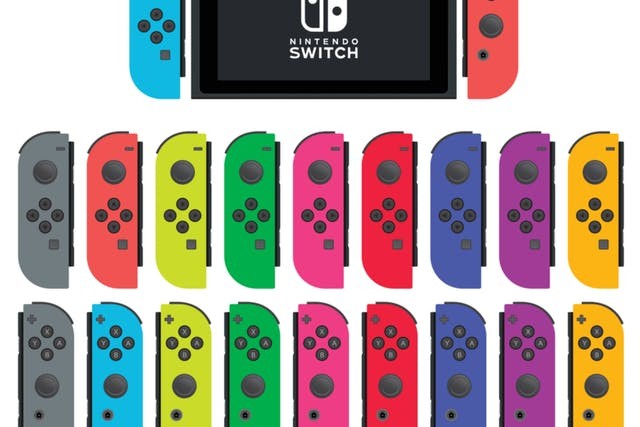 We all love the Nintendo Switch! With Nintendo’s long and storied history of handheld video game consoles, the Switch was bound to be a success upon release in early 2017. Almost five years later, it’s still going strong! With so many Switch owners worldwide, players love to personalize their devices, just as one would with a smartphone case and even lock screen.

The Nintendo Switch was originally released with mobile gaming in mind. With online smartphone games being some of the hottest commodities in the entertainment market, Nintendo knew it had to switch some routines up and take a gamble on something new and forward facing. The arrows were all pointing to handheld, portable, and connected goodness. If the gaming giant could not get it right, it could have been disastrous, especially as sales of the Wii U that came before it unfortunately never reached projected heights.

Upon release, however, the Switch beat even positive expectations for sales by a huge margin, selling 1 million units more than projected in the first month alone. With a focus on strong hardware, mobility, and a new type of gameplay, game developers rushed to Nintendo to get their games rubber stamped to join the Switch gaming universe. As a result, this console has a robust catalog of unique game titles that appeals to a wide variety of people who play video games and serves to keep fans coming back for more while constantly gaining new converts.

The Switch Has It All

Wholly portable and with removable controllers, the Switch takes the best pieces of Nintendo’s past successes and combines them into one piece of hardware that gives gamers an experience that’s different from anything else on the console market. With all these positive points this piece of equipment has going for it, along with the fact that millions of people own one of these hot commodities, there needs to be a way for people to claim their machine as their own. How does one go about this? Keyword: customization!

There's no need to go far for the best kawaii Japanese goods! YumeTwins sends them straight from Japan to your door each month!

It’s All About Being Customizable!

What better way to claim your Switch as your own than showing how yours is different from everyone else’s? Just as one would do with a smartphone, one of the first things anyone might do after purchasing a brand new model would be to search for a case. On one hand, this is very important as the safety of your new phone needs to be a priority, and it would be devastating to suddenly drop it and watch it crack or break. But on the other hand, with so many people owning similar devices, it’s necessary to make yours stand out from the crowd!

How to go about doing this? There are all sorts of stylish, fun, and colorful decals, stickers, cases, and so-called ‘skins’ that are available for Switch users to purchase and decorate with. You can even go to certain websites and design your own if you fancy the super personalized route. Let’s take a look now at some of these unique ways to differentiate the Nintendo Switch, beyond just the current three hardware types that comprise the current lineup: Original, Switch Lite, and Switch OLED Model.

Using stickers and decals to decorate your Switch is one of the most affordable, easiest, and even most personalizable ways in which to truly make known to the world that your console is yours only! Since stickers can be purchased online or at any arts & crafts store, pharmacy, and even some bookstores and gift card shops, combined with the fact that sticker designs are almost limitless with cute and well-known characters aplenty that will definitely appeal to those Nintendo fans who have an interest in all things kawaii and aesthetic, you can truly decorate exactly as you see fit!

In school we always filled the outside of our notebooks, trapper-keepers, folders, and even textbook covers with stickers of all sorts. It was a way to keep the school day fun and special, plus with stickers it’s easy to trade with friends as well, allowing you to get the most unique mix of designs possible. Placing stickers or decals on your Switch is the gamer version of this long lasting student tradition!

One possible downside of using stickers and decals is that they may often leave a sticky residue when you are ready to change things up. This can of course be cleaned off, but it’s something to consider when deciding on stickers to choose.

Image by Controller Gear via Amazon

There are all sorts of places to purchase a skin, which is basically a full cover for your Switch that completely changes the looks of the device and gives it an entirely new persona, so to speak. With official stores on Amazon and numerous selections in brick and mortar stores as well, there’s no end to the possibilities and you’ll be sure to find exactly what you’re looking for plus even more beyond that!

Skins tend to be some of the most popular decorative accessories for the Switch as they tend to cover the entire area of the device and really lend a bold and decisive look that screams this one is mine and no one else’s!

We particularly love any type of Pokémon or Animal Crossing inspired skins and have been tempted more than a few times to maybe buy just one more Switch console so to have a reason to purchase that other skin we’d love to have!

Most manufacturers claim that if the skin is taken off one time, it will usually stick again, however, it will never adhere as well as it originally did. So, just be sure that you are one hundred percent ready to change out your Switch’s skin when you feel like doing so, and you’ll be set with no regrets!

Last but in no way least, the oft-overlooked cases that you can easily find online or in stores are a very important part of your Nintendo Switch’s wardrobe, so to speak. Different from stickers, decals, or skins, in that a case does not become a part of the Switch’s design itself, it’s of utmost importance when keeping your console safe and intact from the wear and tear that can come from daily use and by being placed in and out of backpacks, bags, cars, you name it.

Some gamers like keeping their case’s design similar to the decorative theme of their Switch’s stickers or skin, while others may prefer to have a rather plain case that opens up to a colorful and uniquely decked-out console!

The fun of choosing how to decorate your Nintendo Switch, no matter which model of the console you have, is that you’re the one who makes the rules and decides how to make yours unique!

What kinds of decorative accents have you added to your Switch? Are there any types of skins, decals, or stickers that you’d love to use someday soon? Let us know in the comments below!