Aggretsuko: Fenneko Is the Friend We Could All Use 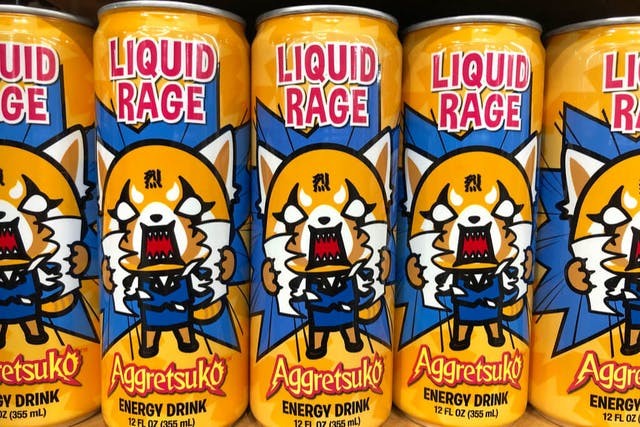 Aggretsuko, the Sanrio show for adults, follows the life of Retsuko, a red panda office lady, who secretly sings death metal. The show features a whole cast of entertaining and relatable characters, including Retsuko’s coworkers, like Fenneko.

Fenneko is designed after an adorable fennec fox, which makes her one of the cutest characters in the show. Although her design is cute, as soon as she speaks in the first episode, her cool personality shines through, with its cynicism and sharp wit. Here are 5 reasons why Fenneko is the coolest out of all the Aggretsuko characters.

1. If she likes you, she’ll stand by you

Fenneko is angered on Retsuko’s behalf, when their boss makes Retsuko do menial work, and belittles her. She also acts like Haida’s wing-woman in his attempts to ask out Retsuko. She is also Haidas drinking buddy, as he goes out to drown his sorrows after failing (as always) to ask Retsuko out. Even though Fenneko says it annoys her to accompany Haida when he goes out drinking, with the phrase "Think about how I feel having to accompany you every time you go to drown your sorrows” throughout the series she continues to stay by his side.

Fenneko genuinely tries to help the people she considers her friends. Unfortunately, sometimes she thinks she knows what’s best for her friends… only to be proven wrong. For example, when Fenneko thought that Retsuko shouldn’t attend the singles mixer she had been invited to, only for them both to go and end up enjoying it!

If you want to get your hands on cute Aggretsuko collectibles, plus other adorable Sanrio plushies and more, YumeTwins’ is the kawaii subscription box for you!

Fenneko doesn’t shy away from saying whatever she’s thinking. Although her comments might hurt the person she says them to, as the audience, they are often some of the most hilarious parts of the show. Also, while they may be hurtful to the characters, sometimes they are what the character needs to hear. For instance, when she tells Haida to get over his unrequited crush on Retsuko, for his own good.

Fenneko is also the polar opposite of Retsuko. While Retsuko represses all her emotions and is too afraid to say what she thinks (unless she is singing death metal karaoke, of course), Fenneko doesn’t shy away from stating whatever’s on her mind. Sometimes she ends up stating what’s on Retsuko’s mind as well. For example, when Retsuko is obediently doing more than her fair share of work, Fenneko points out that “Acting like a team player all the time has got to suck.” Sometimes you need someone like Fenneko at your side to point out the hard truths!

When she calls Retsuko “an obedient corporate slave who waits in line to die from overwork " it draws attention to the very real problem of death by overwork. Also, when Retusko is insistent on quitting her job and getting married, Fenneko doesn’t hesitate to point out that marriage is not necessary for a good life.

4. She's so insightful it's scary

While her behavior can verge on the stalkerish, like when she was obsessively studying every single one of Tsunado’s social media posts, her skills can be used for good too. For example, she reassures Haida that Retusko isn’t refusing to join them for drinks because she’s dating, but rather because Retsuko has started taking yoga classes. She found this out through careful analysis of Retsuko’s habits.

Fenneko’s analyses may be in the moral grey zone, but, like Sherlock Holmes, they make her a very cool character. Any votes for a Fenneko detective show spin-off?

Despite her harsher sides, Fenneko usually means well. She often advises her friends for their own good and tries to look out for them in her own way. She is far from infallible too. Even though she criticizes everything from group dates to VR games she often ends up enjoying those very same things. Who can forget that time when she fell for a virtual online unicorn?

Plus her fox design is simply adorable, with large ears and a little black nose. She has soft beige fur, apart from a darker, triangular stripe between her ears. She wears a simple blue skirt vest set with a white blouse and brown shoes. Her eyes are black and round, with little eyelash lines that make them look a little sweet. This is a huge contrast with her harsh personality … which somehow makes her even cooler! Even her deadpan laugh, which is just a series of “HA”s, along with an unchanging expression, is both cool and hilarious.