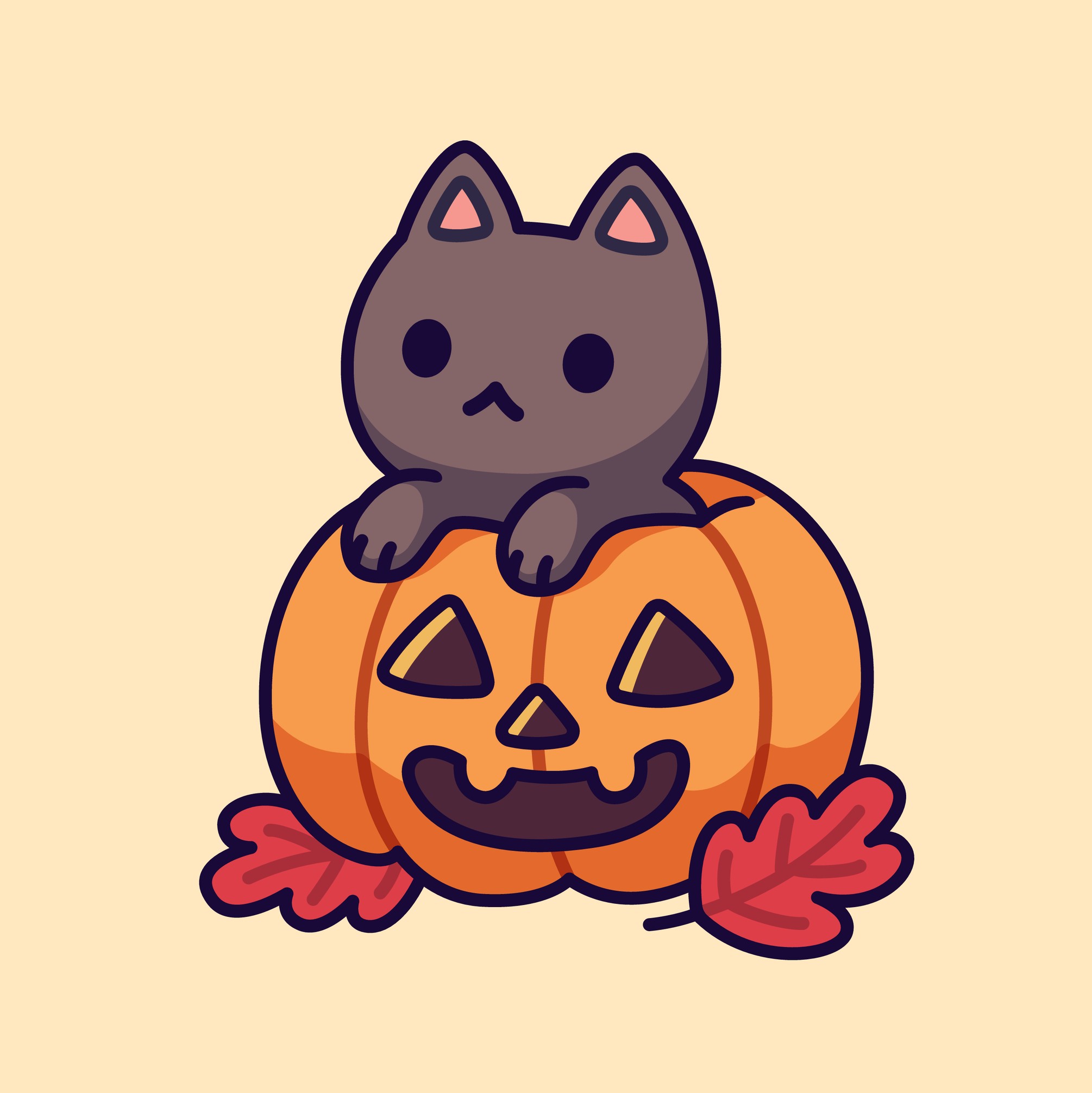 Does all the blood and gore around Halloween leave you feeling a bit queasy? Not a fan of horror movies? Don’t worry, we get it. Some of us love the spooky season, but just a milder version of spooky and that’s ok! That’s why we’ve put together a list of spooky-but-definitely-not-scary anime that are perfect for this time of year. Read on to find one (or more!) to put on your to-watch list!

Karin is a teenage vampire who, unlike the rest of her vampire family, produces blood instead of consuming it. She is forced to inject her extra blood into other people, otherwise she gets exaggerated nose bleeds. The upside is that she doesn’t have the same limitations as regular vampires. She can go out in daylight and sleep at night like her regular human classmates.

In her free time, she works at a local restaurant with a new classmate, Kenta, who mysteriously causes her blood production to increase. This show is about her struggles to hide her secret, regular high school life drama, and the added pressure of navigating the tensions between vampires, humans, and hybrids.

This anime takes place at Luna Nova Magical Academy, where young girls train to become witches. The story follows Atsuko “Akko” Kagari, who enrolls after she is inspired to pursue magic by a witch called Shiny Chariot. Armed with an unshakable belief in magic, Akko makes her way through the difficult challenges of navigating this new environment.

In this world, the power of magic is slowly disappearing and witches are seen as old fashioned. Akko first has to discover her hidden magical talent and then goes on a quest to restore the flow of magic along with Shiny Chariot.

Yuuna and the Haunted Hot Springs

Kogarashi Fuyuzora is a high school student down on his luck and sadly homeless until he finds a home at the Yuragi Inn. The boarding house is incredibly cheap but comes with a catch – it used to be a hot springs inn “ryokan” and is haunted by the spirit Yuuna, a girl who died there.

But despite the spooky backstory, Kagorashi decides to stay and eventually befriends the beautiful ghost, even helping her with unfinished business.

Kitaro is the last surviving member of a ghost tribe and this anime is about his adventures as he meets different characters and creatures from both Japanese and Chinese folklore. A happy-go-lucky boy, he sees the good in everyone and has a mission of uniting the worlds of humans and yotai (Japanese monsters).

This series has existed in many forms, as a manga and a video game, and recently finished its 6th series as a television series. The name “gegege” comes from the Japanese onomatopoeia for cackling.

This anime follows the life of Aoi Tsubaki, a college student with the inherited ability to see spirits. One day, she passes by a torii gate at a shrine and sees a spirit sitting nearby who tells her that he is hungry. Filled with compassion, she finds him something to eat, but instead of being grateful he kidnaps her.

Taking her to the Hidden Realm, where the spirits live, he informs that he is the ogre Odanna and Aoi’s grandfather owes him a great debt and as repayment she must marry him. Thinking quickly on her feet, Aoi negotiates to work at the inn the ogre owns instead and the series follows her life and interactions with curious characters.

So there you have it, 5 perfectly spooky but not scary anime for you to enjoy this fall. Have you seen any of them already? Which one do you want to watch first? Let us know in the comments below.