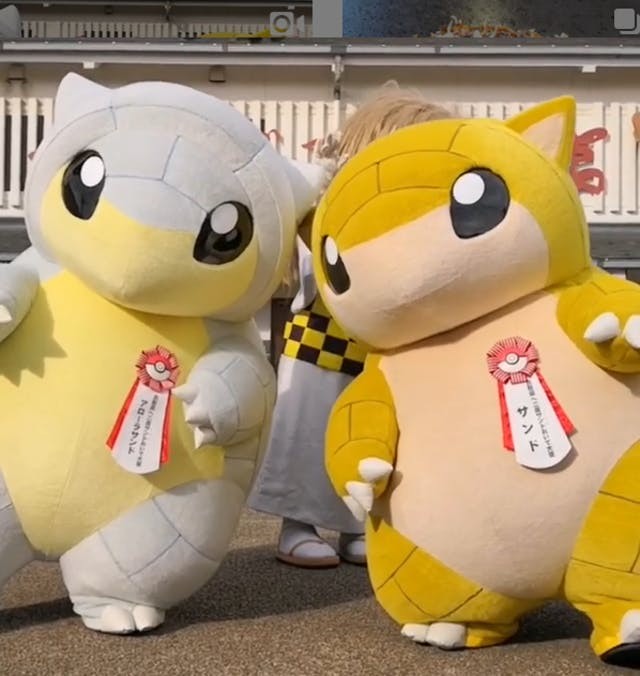 Tottori Prefecture is probably one of Japan's lesser known prefectures as it sits on the southern end of Japan's Honshu main island, overshadowed by tourism giants like Osaka and Kyoto which are fairly close by. Keen to get more tourists to visit Tottori, Tottori Prefectures government have been using the ultimate power of kawaii Pokemon!

With the release of Pokemon Let's Go Eevee and Pikachu on the Nintendo Switch recently, Eevee's popularity has been booming so much so that Japan even created a national Eevee day and is releasing these kawaii Eevee collaboration Tamagotchi. So riding this Pokemon boom, in recent years Tottori has been holding special Pokemon GO events bringing tons of Pokemon GO players to their famous sand dunes. However, this December Tottori Prefecture hatched a more 3D plan instead to lure Pokemon fans and tourists alike to the prefecture! But which Pokemon could it be…

Considering Tottori is famous for it's sand dunes, it chose the incredibly cute sand Pokemon Sandshrew to be the Tottori ambassador for a limited Period! But not only that, Alolan form Sandshrew will be ambassador alongside it's normal counterpart!

The pair will be performing these very special duties until January 14th, and there will also be special stamp rallies and merchandise in order to celebrate their temporary positions. So if you'd like to see the cute Sandshrew and his equally cute buddy Alolan Sandshrew, you should hurry and head to Tottori Prefecture before their reign is over!

What do you think of Tottori's kawaii new ambasadors? Do they make you want to visit? Let us know in the comments!