Cute Japanese Onomatopoeia You Can Use Right Now 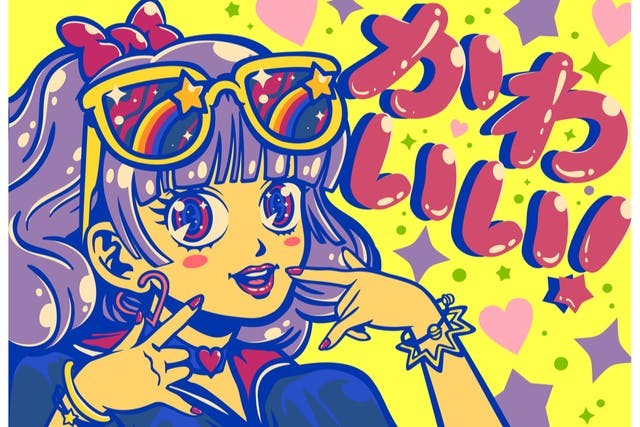 Many people want to study Japanese thanks to the influence of anime, Japanese video games, J-pop, and Japanese history, prompting many people to take up the language. As you start learning Japanese, you might find many interesting onomatopoeic words in the language. You may have read or heard the word doki-doki or other onomatopoeias in manga or anime. But what does doki-doki mean?

For those who may not know, an onomatopoeia is a word that comes from sound effects. In English, ‘boom’, ‘pop’, and ‘crunch’ are great examples of this.

These words, while unusual for non-native speakers, are often used in everyday life by native Japanese speakers to describe a sound, related feeling, or emotion. They’re also shorter and easier for beginners to learn than Japanese convenience store phrases. Here’s a list of the cutest Japanese words to know and use in your everyday life.

When you’re feeling excited or anxious, you normally feel it in your chest. ‘Doki-doki’ is the sound of your beating heart in these situations and describes a sense of excitement or anticipation. You can use it before a big exam and you’re nervous about passing, or before a first date with a cutie from your class. I’m sure anime and manga fans are quite familiar with this term.

My heart is racing!

Word onomatopoeias can be a little difficult to describe and ‘kira-kira’ falls into that category. When an object’s surface is so shiny that the light dances off of it, or when a star shines in the night sky, that’s kira-kira. Think glitter, Christmas lights, or boy band outfits. This phrase was even featured in the Kyary Pamyu Pamyu music video for Kira-Kira Killer.

This dress is very sparkly.

Want to experience true doki-doki? Check out the exciting kawaii goods that YumeTwins delivers straight from Tokyo to your doorstep!

No one really knows the origin of this word, but it’s often used in daily conversation, manga, and anime. ‘Niko-niko’ is a Japanese word for ‘smile’, but it’s only used for a genuinely happy smile.  It’s a noun, but when paired with the verb ‘suru’ (to do), it turns the word into a verb meaning 'to smile'.

‘Nyaa’ is the cute sound that cats make. In other words, it’s the Japanese word for 'meow'. Cat motifs are popular in Japan, and a lot of mascots and costumes are based around cats. So, don’t be surprised to hear this word a lot in anime, dramas, and even songs!

‘Nyaa’ can be made even cuter by adding an 'n' at the end, becoming the even more adorable word ‘nyan’.

Of course one of the cutest words in Japanese would be the word for ‘cute’. Roughly translated, kawaii means just plain cute in Japanese. However, the meaning is closer to adorable or loveable, and can be used to describe actions as well as appearance. For example, puppies, Japanese good luck charms, and J-pop idol dances are also kawaii!

That girl is cute.

Words in Japanese sometimes don’t translate directly into English. 'Like' in English is a verb, but in Japanese the word is actually an adjective. 'Suki' is often used to express your interests, or your affection for a person or  thing.

You’ll often see it at the end of sentences with the word desu (is/am/are). If you want to make your feelings of affection even stronger, you can add the prefix dai (big/very) to the word to get a closer meaning to love.

A pleasant complement to ‘kawaii’, ‘kirei’ can also be used to describe a person or thing’s appearance in a positive manner. While it’s mostly translated to mean ‘pretty’, the nuance of the word is actually for something that has a clean or well-refined appearance. On top of that, ‘kawaii’ has a more youthful feeling, and ‘kirei’ sounds a little more mature.

The final word on our list is ‘chiisai’, which means ‘small’ in Japanese. It’s often written using the kanji '小', read as 'chii', and is used to symbolize something small. If you want to make this word sound even cuter, you can replace the 'sai' with 'chai' (chiichai).

This house is small.

Japanese is full of cute words and phrases, and learning them is likely the best way to start on your Japanese language-learning journey. How do you feel about our list? Are there any other words or phrases in Japanese that you love? Let us know in the comments below.