The Future of Sanrio Is Bright!

What’s in Store For the Future of Kawaii?

Sanrio, it’s a brand that people all over the world will recognize as one of the main creative entities when it comes to Japan’s kawaii culture. Whether it’s Hello Kitty, Badtz Maru, Kuromi or My Melody, there seems to be something for everyone and people just can’t get enough of this brand and all the merchandise that it has to offer. The company itself was started in the 1960s, and the main ambassador for this iconic brand is Hello Kitty who, believe it or not, is just about ready to celebrate her 50th birthday come 2024!

The market seems to always be filled with more and more cute goodness, and there have been very few fears of this company having a rough sea to sail into the future. In fact, with worldwide growth increasing year over year and kawaii culture finding new fans and carving out new niches via social media and global interconnectedness, the target market is ever-growing and it seems that the possibilities are endless! It makes one wonder what is in store for the future with this company. Let’s take a look at some of Sanrio’s plans to broaden the sphere of influence that Japanese culture holds on the world, and what they have to learn from the competition.

From Japan to the World 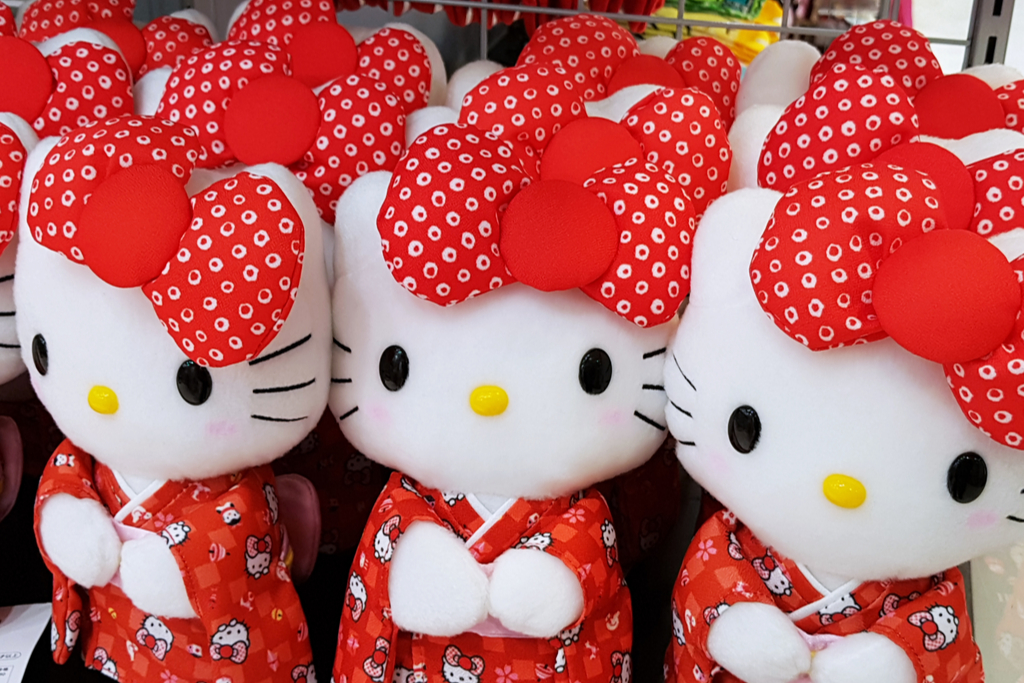 At the moment, Sanrio’s reach spans more than 130 countries around the globe, and due to the popularity of Japanese culture worldwide, it seems that there is nowhere to go but up! To understand just how ingrained some of the company’s characters and mascots have become into the fabric of worldwide popular culture, recall how in 2014 the announcement that Hello Kitty is ‘not a cat’ but instead just a ‘little girl’ sent shockwaves through the world and became a huge topic of discussion around the globe.

The brand has steadily outgrown its home market of Japan and its strong foothold in Asia to now hold sway in certain other lucrative target markets such as the United States and Europe. Additionally, high-profile collaborations with big-name luxury brands such as Swarovski or cosmetic brands like Sephora continue to give Sanrio clout. Their plan includes the deepening of these relationships with big-name brands and increasing in size the scope and creative possibilities for future tie-ups.

Stay up to date with Japan's newest kawaii goods from Sanrio and other loved brands! YumeTwins sends you the best exclusives to your door each month!

How do consumers discover Sanrio and its myriad of characters? Once you lay eyes on certain characters it’s hard to imagine how someone wouldn’t be awed by their cuteness. But in recent times there have been forays into avenues not always trodden by the kawaii culture mainstays. For instance, one way that the brand attempts to broaden its reach is through characters that are a bit different from the norm, like Kuromi. Kuromi is a purple-loving character who has an energetic, bold personality, and she isn’t afraid of anything! She may be of particular interest to fans of goth or lolita fashion and culture, but she’s sure to garner fans across the spectrum of kawaii as this character knows how to mix and match and play a part in all types of cute environments. This character has become a mainstay of fans who like things a little bit different or original, and only gets more popular as time goes on.

Next, there are some recent hits on the biggest TV and movie streaming service out there, which is, you guessed it, Netflix! Sanrio made a wise decision to allow its animated series ‘Aggretsuko’ starring a red panda working in an office in modern day Japan to be shown worldwide through the platform. The series was a very different direction for the company, but with a positive reaction from fans and good critical reception, the show became a bona fide hit!

With the introduction of characters such as Kuromi who really connect to people who want something a bit different or with a tinge of individuality, plus with shows on easily-reachable platforms such as ‘Aggretsuko’ on Netflix, we can see how Sanrio may continue this type of strategy down the road. Bit by bit they’ll gain more fans and keep spreading the joy of Japanese kawaii culture in all its broad manifestations.

Importantly, one of the guiding principles for the company as it continues to grow is to give local partners in each country the freedom and leeway to design their collaboration items in each individual country and without much interference from the head office in Japan. This way, the charm of each character is at once both expanded and localized so that each character, in a sense, gets both a more developed personality and improved relatability all at once across the planet. 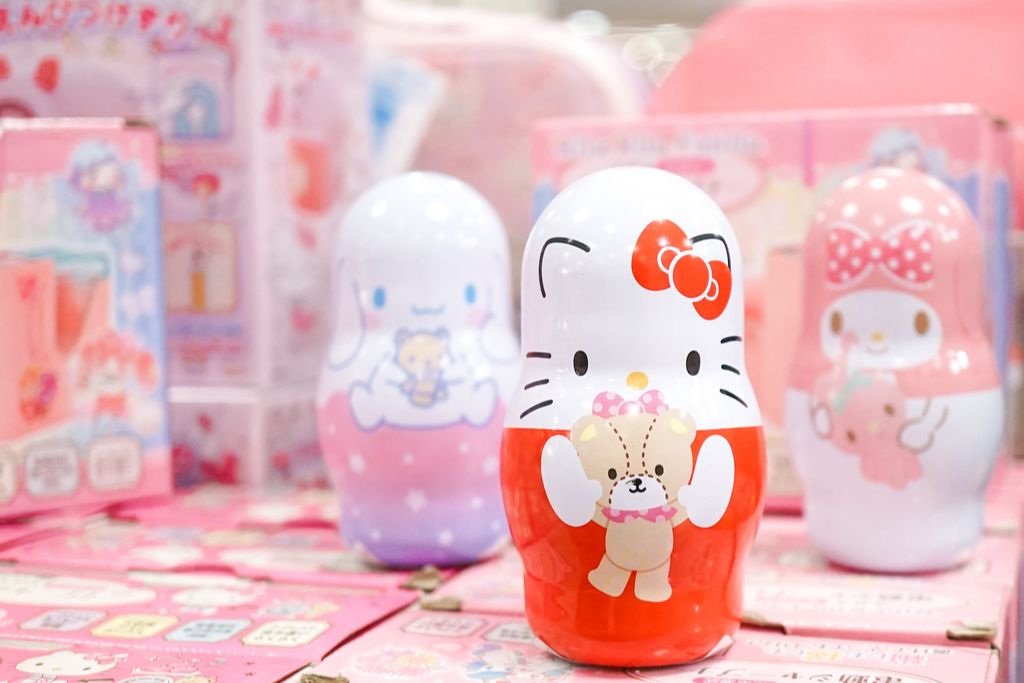 Additionally, besides Japan, more mature markets for the company such as Korea and Taiwan offer challenges but continue to provide a space to innovate. For example, Taiwanese airline Eva Air has had more than a few Hello Kitty themed flights between certain destinations, complete with kawaii in-flight food, mementos given to passengers, and not to mention the actual livery of a few of their airplanes have been decorated with the characters' motifs. In Japan, there has been a foray into the digital space with the popular LINE messaging app and its characteristic stamps getting Sanrio themes for customers to purchase and download. This has shown great success so far, and the company says that there will likely be more digital tie-ups similar to this in the near future.

In smaller but growing markets like certain African countries or Russia, there is a growing group of young people who know more and more about the Sanrio characters, but the company is not yet a brand that has a foothold in every person’s house. However, the possibility is there and artists and designers from these countries will likely end up being influential innovators for the company as a whole.

Sanrio’s biggest challenge going forward into the future is how to best continue creating surprises for fans. We may see more new characters pop up every so often, but it’s more likely that additional creativity and imagination will be put into mainstay characters like Hello Kitty, Pompompurin, My Melody, Cinnamoroll and others to keep them current and ever evolving with the times.

The director of Puroland, Sanrio’s indoor theme park in Japan, notes that the worlds of pop culture and the digital sphere go hand in hand and can work to reach larger groups of people into the future. The goal of future content from Sanrio is to spark the interest of people, be relatable, and fit their lifestyles. This foray into the digital sphere and more and more countries is an exciting moment for all fans of Sanrio’s universe, and we can only imagine all the new fun to be had with the ease of multimedia access to these beloved characters increasing as time goes on!

Are you excited to see where the future takes Sanrio? Let us know your thoughts in the comments about which new avenues Sanrio’s kawaii cast of characters should explore!